What’s the most exciting thing happening right now in IoT hardware? At a high level, it’s the fact that we’re now able to achieve Agile hardware development through a rapid prototyping process and early integration with the rest of the IoT device tech stack.

Picking the right microcontroller or microprocessor is crucial for this process. To guide that search, we favor microcontrollers that have (hopefully open source) development kits (dev kits) available.

When selecting hardware components, one of the first things we must consider for our clients is the cost of the final product we are designing. Ultimately, the goal is to spend as little as possible to achieve some minimum set of features, but this must be balanced with overall project timelines.

One of the biggest drivers of cost is what type of processor the product is built around: a higher-powered MPU — which can run embedded Linux, or a lower-powered MCU — which runs either embedded C or a real-time operating system (RTOS). If the product’s target market dictates a lower cost, then we will likely err towards an MCU-based solution. However, if budget and physical product size allow, we prefer to build around a MPU.

More recently, the chip shortage has also begun to play a much bigger role in component selection. There are some things you can do to help navigate the chip shortage, but ultimately it is difficult to build a product around a chip you are unable to get. This is another motivating factor for our selection of embedded firmware frameworks discussed briefly below.

Our preferred Linux solution is Nerves, an IoT-specific platform written in Elixir that lets us build custom Linux systems. We can now have a baseline target system up in running in a matter of weeks, and we can create a minimum viable product (MVP) in less than six months for many projects.

Over the last year we’ve also worked with Zephyr RTOS quite a bit. Zephyr RTOS is an exciting new embedded C framework that provides a lot of built-in support for over 350 boards. We have found it to be easy to set up and it is scalable. It is also not tied to any particular cloud offering. Most importantly, it was surprisingly easy to recompile the firmware for a different processor in the same family by changing only one line of code.

What Is a Dev Kit?

A dev kit is basically a tiny, hackable computer that’s made for tinkering. Generally, they provide easy access to input/output (I/O) pins so that we can build custom circuitry and start developing the firmware to run the components. Dev kits give us a base to build on. In many ways, a dev kit can be viewed as a hardware “class.”

What Should I Look for in an IoT Board? 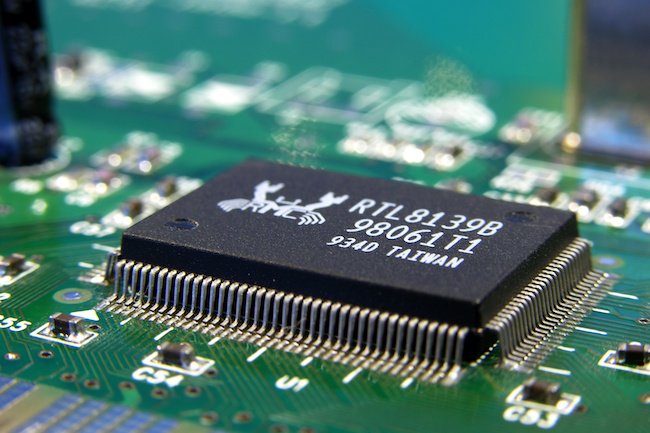 When picking an IoT board, the first thing that I used to look for was the connectivity options — after all, smart devices are largely defined by their connectivity. If we set aside part availability for a moment, the other hard requirement is the ability to test end-to-end. This means dev kits preferably will host the required connection protocol(s), or at minimum provide a method to interface with other hardware that enables the required connection protocol(s).

Another main factor is support for peripherals and features that we want. These can include common ports like USB or HDMI, buses for serial protocols like I2C and SPI, or pin-outs for pulse width modulation (PWM) devices like dimmable lights or servo motors. Again, this comes down to knowing most of the product specifications before we start building.

Lastly, open source hardware (OSHW) is always a big plus. KiCAD design files are preferred to any other CAD format. However, I’m always happy if the schematic and Gerber files (files that show the printed circuit board (PCB) designs) are provided.

Join 10,000+ subscribers to get the latest IoT development news delivered to your inbox. 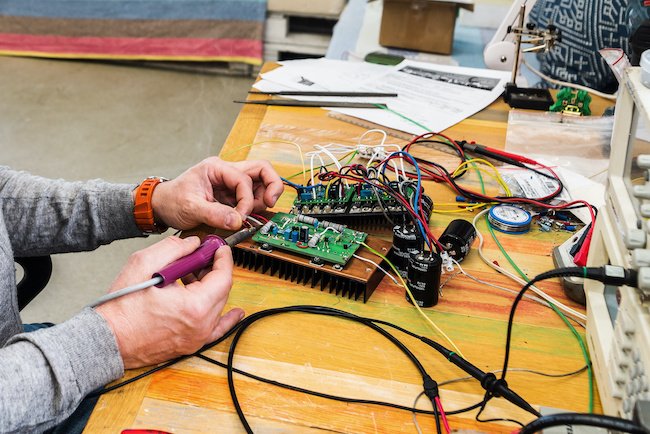 Now, without further ado, here are my top 10 IoT boards for product development and rapid prototyping in 2021. As of the writing of this blog, all of the boards listed come in under the $100 mark, making them a solid choice for rapid prototyping on your next IoT project.

A new favorite target of ours is the NXP i.MX6ULL. It offers many of the same connectivity options as our older favorite MPUs, but there seems to be more of the i.MX6ULL family in stock. Unfortunately, that has not held true for some of the dev kits we liked in the past that hosted this target. When we went searching for a new dev kit to keep developing with the i.MX6ULL, we found the Toradex Colibri i.MX6ULL SOM. This can be paired with one of many host boards, but we have been working with the full featured Colibri Evaluation Board. There are several other options available for carrier boards though.

What is great about the SOM is that, if the project has enough space and budget, it is possible to just place a SODIMM connector on a host board, and this frees up time to focus on designing the peripherals and larger product. This is helpful for two reasons. First, everything needed for the MPU to run is hosted on the SOM —  just provide main input power. Second, Toradex provides the design files for their carrier boards. If they are used as a reference, then it is possible to go back to a known working design should you find yourself debugging your custom design.

The nRF52840 from Nordic Semiconductors is really a stand-in for the entire nRF52 series. It is a system-on-chip (SoC) that provides a very robust development platform for BLE5.3 devices. It is well supported by Zephyr RTOS, and it is a great target for battery powered devices. It can run on either a 1.8V or 3.3V power rail. The nRF52840 DK actually includes a coin cell battery natively. There are quite a few reasons to like the nRF52 series SoCs, but this dev kit in particular has a built-in JLink that can be used to program and debug external nRF52 targets.

The Giant Board is the first-ever single-board computer (SBC) to come in the Adafruit Feather form factor, and this a serious piece of OSHW that’s made to take advantage of Adafruit's Blinka libraries for CircuitPython. The Giant Board also comes preloaded with Debian Linux, and reflashing it with Nerves is going to push our favorite embedded Linux platform into a whole new arena. It is currently somewhat difficult to get a hold of the target MPU, but the small form factor of this dev kit makes it difficult to keep this one of our list.

The main draw of this board from ST is their STM32MP157 microprocessor. Just like the Giant Board, this kit supports embedded Linux development. One of the main differentiators is the dedicated 3D graphics processing unit (GPU) that powers the MIPI attached LCD display with touch panel. There’s even an audio codec for good measure.

Developed by Seeed Studio in conjunction with BeagleBoard.org, this OSHW shines for custom IoT gateway development because it comes pre-equipped with all of the necessary connectivity features: Ethernet, Wi-Fi, and Bluetooth Low Energy (BLE).

There are also ports for Seeed’s unique Grove sensors, which speeds up integration along with the standard BeagleBoard headers.

Another lower end target is based on Espressif’s ESP32-S3-WROOM modules. They offer price points that are hard to compete with in many cases, and the modules support both Wi-Fi and BLE. The documentation has improved as time goes on, and there is quite a bit of support for ESP32s in Zephyr RTOS. It comes with either a built-in antenna or a u.FL connector for an external one.

Another BeagleBoard product, the Black was one of Nerves’ first targets because it has so many features that are attractive for IoT development. Besides its open source status, we like to use the Black and Black Wireless because they offer great performance. Everything that was said about the BeagleBone Green holds here minus Ethernet + Wi-Fi/BT on a single board.

While the popular Raspberry Pi (RPi) only provides limited schematics and design files, this SBC’s low price, common form factor, and general hackability earns it a place on our list. One great use case is putting an RPi out in a box in the field while developing the product on another dev kit. Just letting it run can gather a lot of valuable info.

There are also quite a few options to choose from, including the RPi 4 with 2GB, 4GB, or even 8GB of memory; the compute module 3+, which is easily designed as a system-on-module (SOM); and the RPi 0 W, which is even cheaper and suited for less intensive applications.

This dev kit combines Adafruit’s Featherwing footprint with the versatility of the nRF52840 from Nordic Semiconductors. The main issue with the nRF52840-DK is that it is somewhat bulky. The Featherwing form factor is quite a bit smaller, and there are a wide range of “Feathers” available to test as direct plugins. This provides both OSHW and FW references to help get your project started. Of course, if you are wanting to get an early works-like prototype put together, you can always 3D print a case and solder the Featherwing to a sensor dev kit like we did on a project recently. 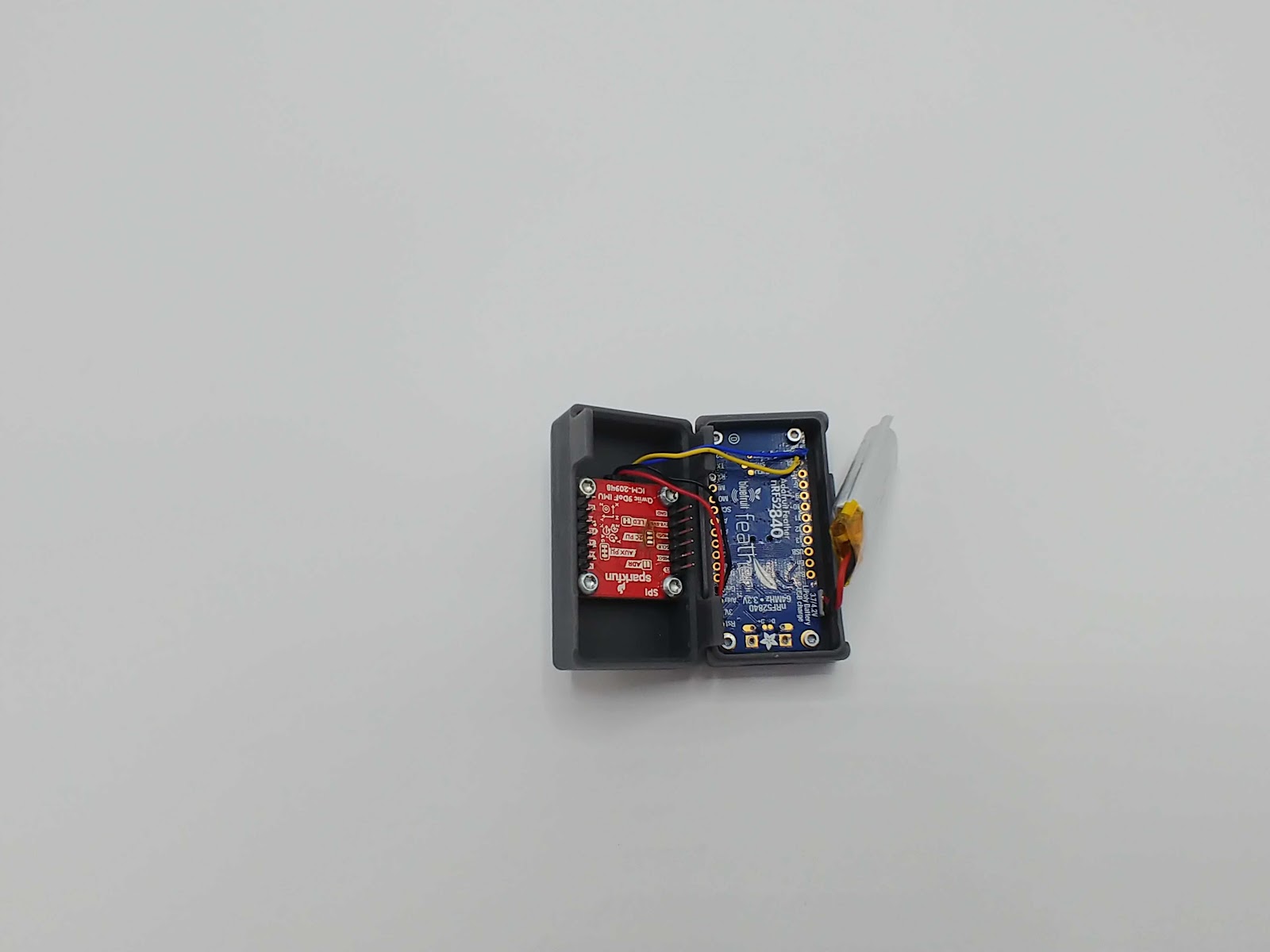 With this final item, it is worth considering that you are not always interested in a target MCU or MPU. Instead, you need to evaluate a new Wi-Fi or cellular module. The Telit EVB 2.0 provides a prototyping platform that facilitates connections with several of their target radios. For example, the ME910 NB-IoT/Cat-M1 cellular module with GNSS support (see below) can be connected directly to a BeagleBone host port, and within a few hours you are off and running with cellular connectivity. 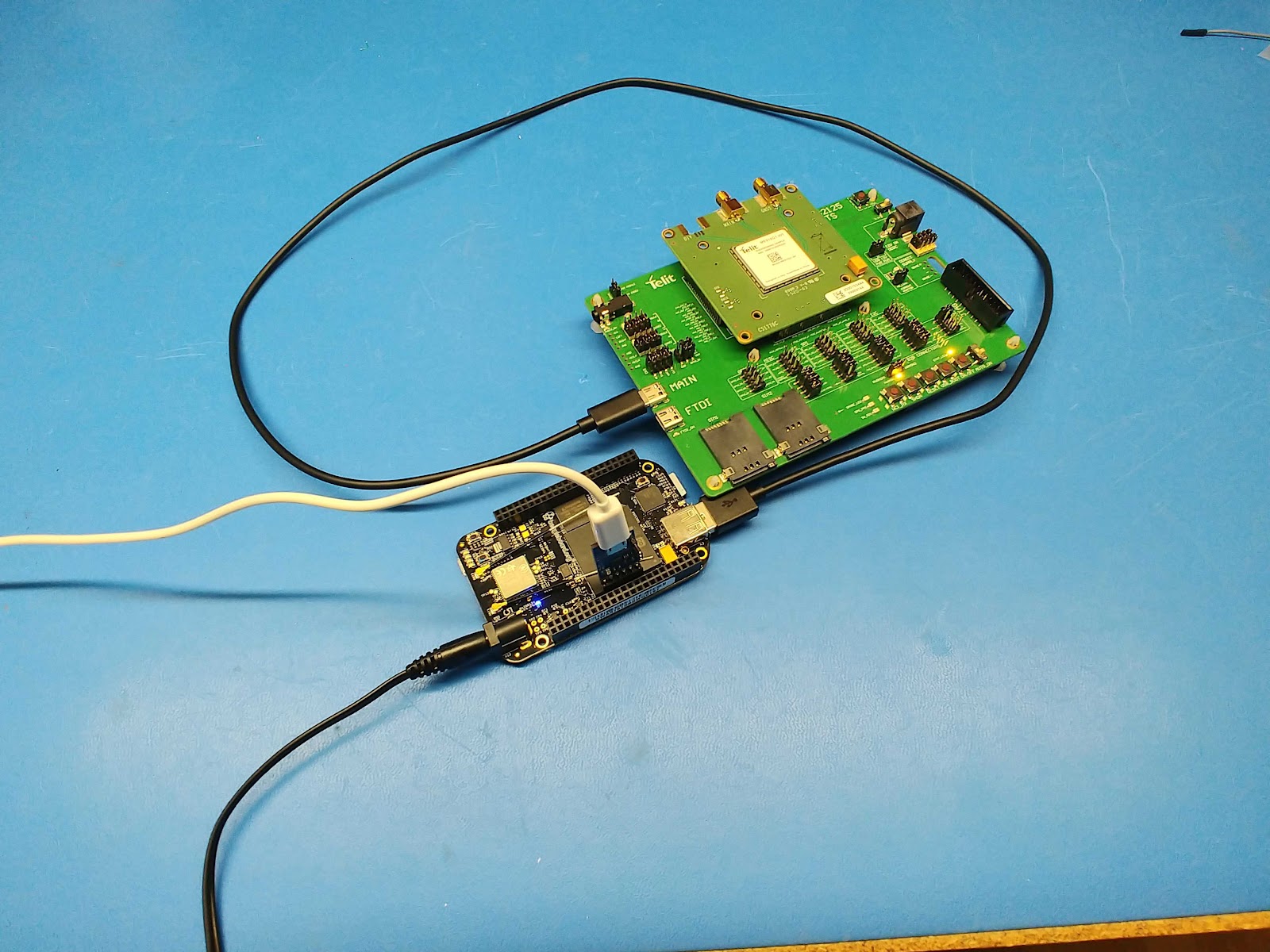 The MCU/MPU target dev kit may not have Wi-Fi/BLE on board, and you might want to evaluate the WE866C6 dual-band Wi-Fi module as another example. You could use the EVB2.0 to host the WE866C6-P Wi-Fi EVK which has a SD card form factor for the SDIO interface, and then connect via USB + some combination of jumpers. Not only are their current modules supported, but Telit aims to build future dev kits for their modules such that they can interface with the EVB 2.0. Having a familiar platform to prototype with can make all of the difference in speeding up your next design.

Development kits are at the heart of any Agile IoT project, and that’s why it’s so important to weigh all the options and choose the right one for the job. By making the right decision, we can cut costs, reduce time to market, and build in all the features that we want.

If you want to learn more about how Very approaches IoT development, drop us a line here.